How common is skin cancer? 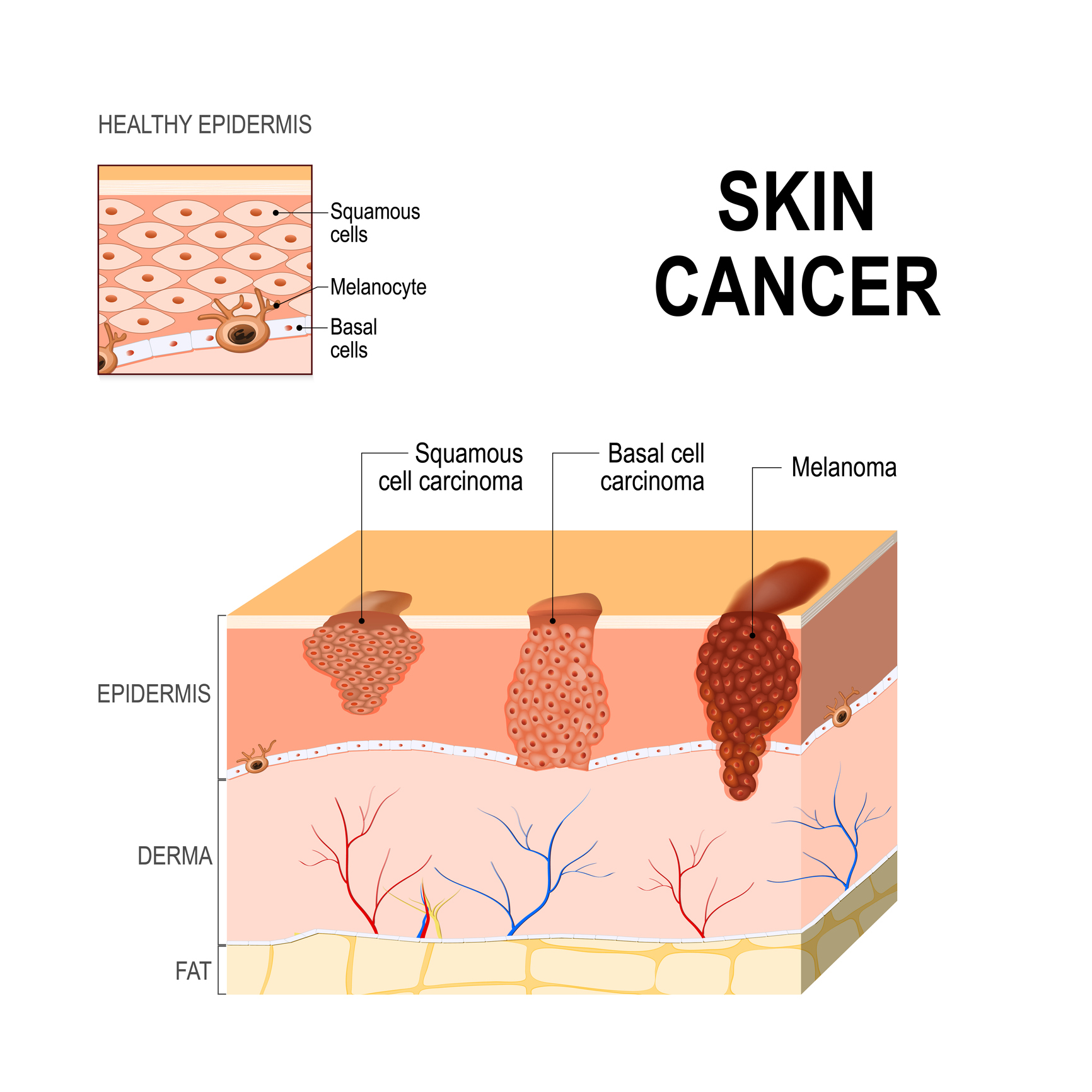 Who Is Most At Risk For Developing Skin Cancer?

Caucasians and men older than 50 have a higher risk of developing melanoma than the general population. The incidence in men ages 80 and older is three times higher than women of the same age. The annual incidence rate of melanoma in non-Hispanic Caucasians is 26 per 100,000, compared to 5 per 100,000 in Hispanics and 1 per 100,000 in African-Americans. In people of color, melanoma is often diagnosed at later stages, when the disease is more advanced. Before age 50, melanoma incidence rates are higher in women than in men, but by age 65, rates are twice as high in men. Melanoma in Caucasian women younger than 44 has increased 6.1 percent annually, which may reflect recent trends in indoor tanning. Melanoma is the second most common form of cancer in females age 15-29. Melanoma is increasing faster in females age 15-29 than in males of the same age group.

What Are the Most Common Forms of Skin Cancer?

What Are the Warning Signs?

Spots, changing moles, and patches on the skin are the most common early warning signs of abnormal cell growth. People of all ages are encouraged to check their skin monthly. This creates a familiarity that will result in the quick noticing of changes in mole shape, color, or other characteristics. The more you know your skin, the faster you may spot new growths or patches of skin that itch, bleed, or expand. If you’ve never had a skin cancer screening, we suggest that you contact a dermatologist in your area and get one scheduled. This screening can provide you with the baseline that can guide your future self-exams.

What Are the Treatments for Skin Cancer?

The most common treatment options for skin cancer include simple excision, cryosurgery, and curettage and electrodesiccation. Recently, more dermatologists have completed fellowship training in Mohs micrographic surgery. This micro-surgical technique is considered the gold standard because its process minimizes the removal of healthy tissue while simultaneously maximizing treatment outcomes overall. Mohs is nearly 100 percent effective at removing all cancer cells in a single procedure. It also has the least amount of scarring. Other treatments are efficient and have been proven effective but some may incur more significant scarring. A plastic surgeon may be involved in the treatment of skin cancer, performing the necessary repair to lessen visible skin cancer scars.

Can Skin Cancer be Cured?

Yes. Nearly any skin cancer can be cured if the lesion is treated early. If you notice signs of abnormal tissue anywhere on your body, it is wise to schedule a visit with a board-certified dermatologist.

How is Skin Cancer Diagnosed?

A few steps may be involved in obtaining an accurate diagnosis of skin cancer. First, your doctor will perform a thorough visual examination of your skin. Some dermatologists use an instrument called a dermatoscope. This enhances the visual field with light and magnification. If the mole or spot in question looks suspicious, the doctor will likely take a biopsy. This is a small sample of the growth that may be obtained by scraping a few skin cells or using a punch biopsy that removes a small piece of tissue. The sample is examined in a lab to identify if cancer cells exist and, if so, what cells (basal cell or squamous cell) are involved.

Basal cell and squamous cell carcinomas, the two most common forms of skin cancer, are highly curable if detected early and treated properly. The five-year survival rate for people whose melanoma is detected and treated before it spreads to the lymph nodes is 98 percent. Five-year survival rates for regional and distant stage melanomas are 62 percent and 18 percent, respectively.

Increasing intermittent sun exposure in childhood and during one’s lifetime

Exposure to tanning beds, especially in women 45 and younger.

skin that burns easily; blond or red hair; and a history of skin cancer. 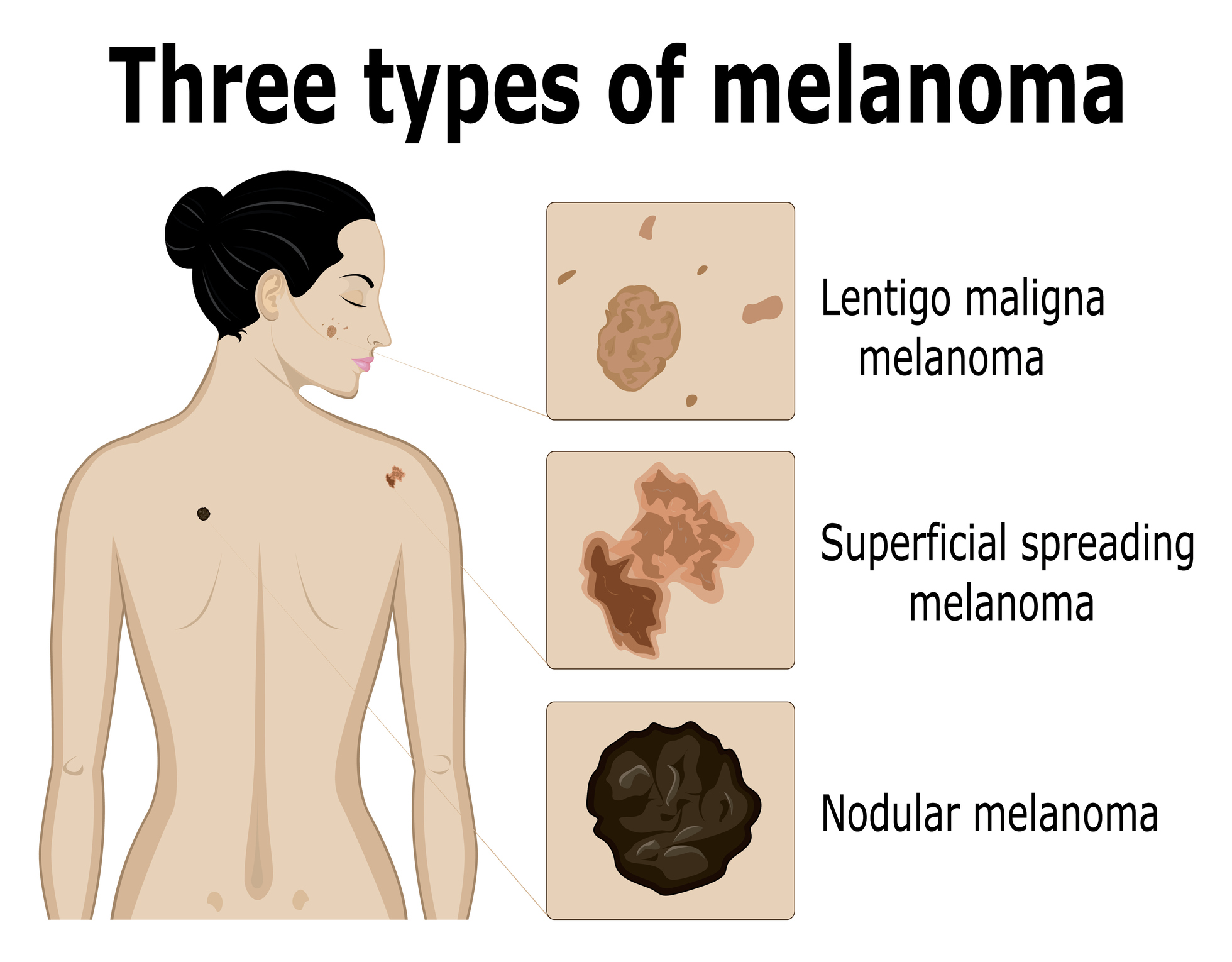 Men and women with a history of nonmelanoma skin cancer

We are specialists at caring for skin cancer patients.  We work closely with dermatologists to provide the latest in skin cancer removal and reconstruction.

If you are having concerns about skin cancer, scheduling a consultation with Fostermd can get you started on a preventative course of action. If you think you might have skin cancer, it is very important to take action immediately. Contact us to schedule a consultation with Fostermd by calling (732) 914-2233 for our Toms River location or our  (732) 449-2099 for our Manasquan location. We serve Monmouth County, Ocean County, and surrounding areas in New Jersey.

Read what our patients are saying about us!

Get directions to our offices.

Message us today if you have any questions.

Send us your question